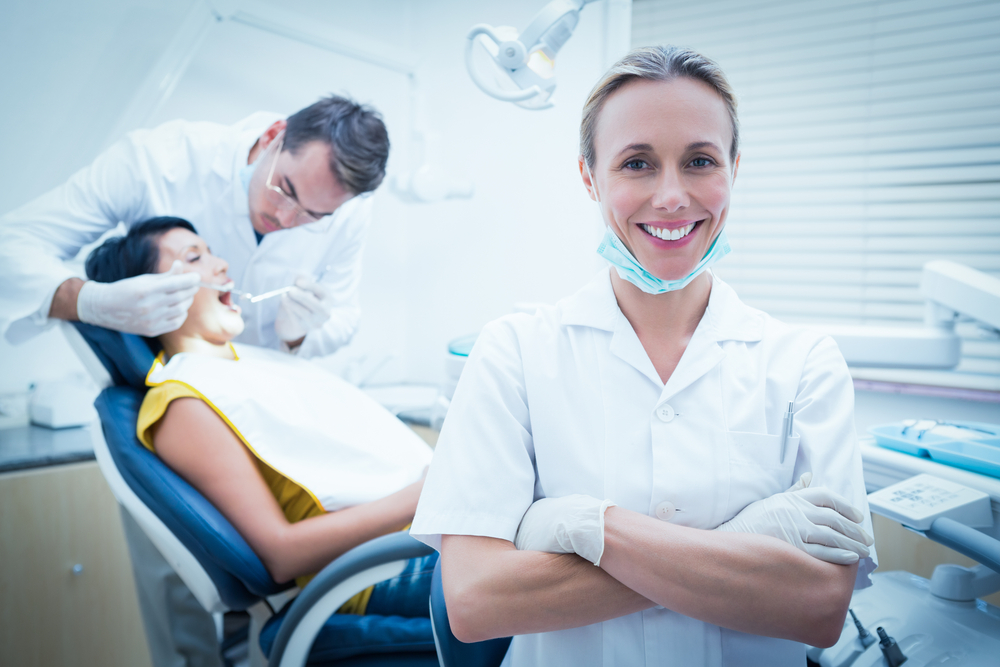 Navigating Dentistry as a Female Dentist

Navigating Dentistry as a Female Dentist 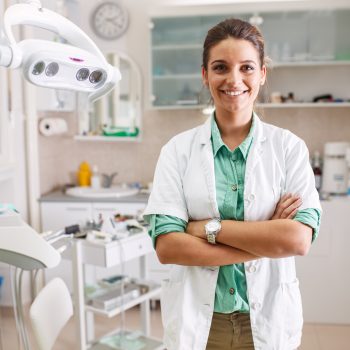 Times sure have changed since 1855, when Emeline Roberts Jones became the first woman to practice dentistry in the United States. Not only are women seeking more roles in dental specialties, but they are also coming after roles that were once dominated by men.

From owning dental practices to becoming influential leaders, the future of dentistry is female. The profession and society have come a long way, but the invisible glass ceiling is still very much present within the field of dentistry. 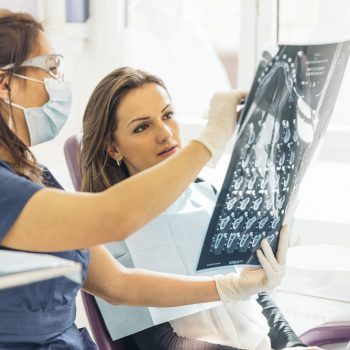 There is a booming upward trend in female dentists across the globe. Women roughly represent a third of all dentists, a powerful growth from 3% in 1982, when Dr. Kellye Rice graduated from David Lipscomb University. The attitude and culture within the profession have improved, allowing more options for women in the field.

The rise of women has prompted a number of positive changes and continues to raise the standard for those who follow. Dental schools have become more inclusive and proceed to expand their pool of female applicants. According to the ADA Health Policy Institute, 15.9% of all first-year dental students were women in 1978, and by 2014 it rose to 47.7%.

Despite the surge of female dentists, women continue to face gender bias and challenges that hinder their progression or advancement in the field. Some of these attitudes include a lack of female role models and mentors, unequal pay, gender discrimination, and more.

Gender discrimination is alive and well in dentistry, and it’s an invisible barrier that needs to be addressed. Women are less likely to pursue a specialty because of the judgment of being viewed in this male-dominated industry.

To this day, many patients assume their female dentist is rather an assistant or hygienist. Women are continuously faced with gender stereotypes: they aren’t tough enough, they’re only competent in mediocre roles, and motherhood takes rank over their career.

Our institutional culture embraces beliefs that hinder women’s advances and foster male dominance. When in actuality, women are penalized for being a master multi-tasker in other aspects of their lives rather than solely focusing on their careers.

Though the field of dentistry has considerably progressed, women continue to be out-earned by their male counterparts. At one point, the gap stood at about $90k difference between both genders. Today, the imparity has shrunk, but the issue is still present.

A 2017 study from the ADA Health Policy Institute revealed that male dentists earned 54% more than women in 2010. Even after adjusting observable factors, such as age and hours worked, the deviation would be 36%–an unexplainable ratio.

In 1998, Dr. Harriet Seldin wrote, “In the real world Dr. Barbies aren’t doing as well as Dr. Kens in the financial reimbursement department. It’s all those marriages, moving for husbands’ careers, fertility treatments…” Though it was written decades ago, it still exhibits relevance today.

For every working woman with domestic responsibilities, balancing life is a continual challenge. Well-rounded dentists, like Dr. Amanda Sheehan, understand the importance of finding equilibrium between work and family.

More women are choosing dentistry because of its high degree of autonomy and flexibility. Whether enduring motherhood or not, dentistry is a profession that offers the freedom to set your own hours.

The structure of dentistry provides a window for women to further their education, become familiarized with new skills and technology, and maintain family life. Many dentists, like Dr. Michele Taylor, continue to stay up-to-date with the ever-changing field of dentistry. 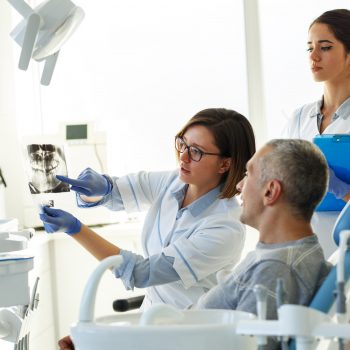 The amount of women entering dentistry has grown tremendously. But women remain unjustly represented in the number of educational speakers, tenured professors, and organized leadership roles.

For traditional gender roles to change, we need to redefine the role of women in dentistry. It’s important for women to pursue higher education, step up to leadership roles, and continue dialogue to ensure women are considered in each aspect of dentistry.

The FDI World Dental Federation established Women Dentists Worldwide to represent the growing number of women within the profession. This board of exceptional women is derived from all across the world. Their mission is to promote female dentists, address gender inequalities, facilitate universal conversation, and promote female participation and leadership.

More and more women are taking initiative and becoming leaders in the industry, including executive director of the ADA, Kathleen O’Loughlin. Despite being faced with perpetual challenges, women continue to embark in the field of dentistry.