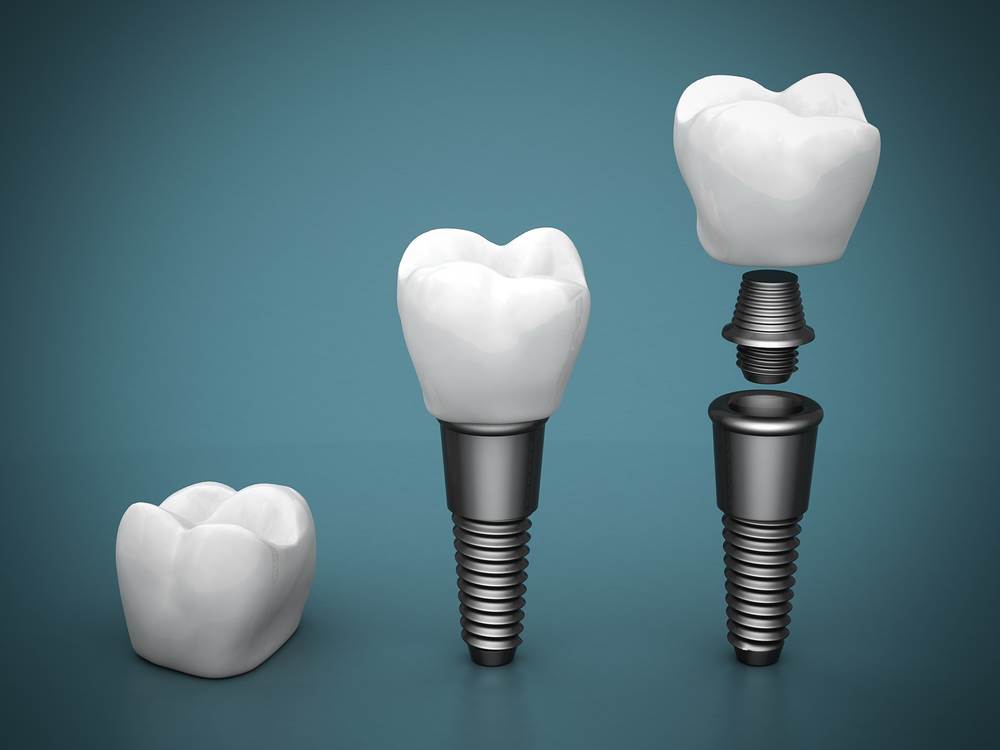 Per-Ingvar Brånemark: The Father of Implantology

Dr. Per-Ingvar Brånemark is forever cemented as an important inventor in dentistry due to his discovery of titanium’s strong tendency to bond with bone material. Nowadays, most dental implants, like those used by Dr. Stephen Alfano in Newport Beach, CA, consist of three parts: the fixture, abutment, and crown.

The fixture is the part that’s most commonly made of titanium because it acts as the root for your new tooth, attaching to the bone in a process Dr. Brånemark called “osseointegration” to ensure a stable implant. The titanium fixture anchors the tooth-colored ceramic or porcelain crown in place so it can function like a natural tooth.

Before Dr. Brånemark’s remarkable discovery, dental implants were often made of Vitallium. Vitallium is a mixture of cobalt, chromium, molybdenum, and other substances. It’s still used in dentistry and for artificial joints because of its resistance to corrosion.

There was no clear industry standard before titanium implants. Steel-reinforced resin screws were experimented with, as well as self-threading screws and hollow screws. Many dentists dedicated their time to finding the best way of affixing an implant in a patient’s mouth.

Many implants failed and caused pain for patients, leading the dental community to have a critical eye towards new implant procedures. Dentures were commonly used instead of implants because, while unsecured, they were not as experimental.

Dr. Brånemark wasn’t a dentist, neither was he looking to create a dental implant. He studied anatomy at Lund University, looking at blood circulation in rabbits when he stumbled upon the use of titanium as an implant material.

It was at Lund University in 1952 that he first discovered the technique he later called osseointegration. He inserted a titanium chamber into a rabbit’s leg to study blood tissue, planning to remove the chamber after the study finished.

He tried his utmost to remove the titanium part but to no avail; the titanium chamber fused to the bone without any signs that the rabbit’s body rejected the material.

It wasn’t until years later, when he became an associate professor of anatomy at the University of Gothenburg in 1960, that his discovery became relevant.

Dr. Brånemark once again used titanium for a study on blood circulation when he began working at the University of Gothenburg. He extended his test subjects beyond rabbits, enlisting the students in his lab as part of his research. Twenty students had titanium implants placed in their arms to test human compatibility.

It was observed that the titanium completely integrated into the bone without issues, causing no harm to the skin or other tissues.

The Swedish Medical Research Council had approved Brånemark’s request to conduct osseointegration experiments in beagles. They were given titanium dental implants to test whether implants could be a viable solution to tooth loss.

The Perseverance of Brånemark

Though this discovery is hailed as revolutionary today, in his time these findings were often rejected by others. Medical knowledge at the time insisted that foreign materials would cause inflammation in the body, not integrate.

Dr. Brånemark had done his research, though, and he knew that titanium integrated into the human body without rejection. He applied for grants to study implants for years, but they were rejected. Part of the reason for this is that Brånemark wasn’t a dentist, so he was regarded with an extra critical eye for being outside the community.

Dental implants of the past had also left a sour note on the subject, causing many to doubt Brånemark and act hostile towards him. At the 1969 meeting of the Southern Swedish Dental Association, Brånemark was shouted at and targeted.

Calls for his expulsion from the university lead to funds for his studies being discontinued. The dogs he tested dental implants on were ordered to be killed by the council, and Brånemark became exasperated with the opposition.

Dr. Brånemark decided to open his own private dental clinic that was outside the national Swedish healthcare system, so he could place dental implants into patients’ jaws.

Brånemark’s first patient in 1965 was named Gösta Larsson. Larsson’s case was very serious, as he had a cleft palate and no teeth in his lower jaw. He was given four titanium implants by Dr. Brånemark, allowing him to wear dentures. When Larsson passed away in 2006, his implants were still in place.

The second patient to be given titanium implants by Brånemark was Sven Johansson, in 1967. Johansson’s eleven original implants are still in place after all this time with no issues.

Larsson’s and Johansson’s long-lasting implants show that titanium implants can be a lifelong solution to tooth loss with proper care. Maintaining good oral hygiene and visiting an implant dentist like Dr. Richard Rowntree for cleanings and checkups can greatly improve the lifespan of an implant.

Brånemark’s clinic began to draw patients from all over, extending his influence to other countries. As he began to gain more recognition, angry dentists made a call for Brånemark’s practice to stop. The National Board of Health and Welfare instead decided to investigate the situation, conducting studies of their own.

The board’s findings came out in support of the osseointegration method. Brånemark’s method of dental implants was verified as a treatment for tooth loss, leading to the National Insurance System accepting dental implants under national healthcare coverage. This spurred Sweden and European nations to become more receptive to dental implants.

Brånemark didn’t receive much widespread positive recognition until 1982, thirty years after his initial discovery. Until then, North and South America were still doubtful of the dental implant method. But after a 1982 professional meeting in Toronto, the use of his dental implant system spread to worldwide acceptance.

Titanium implants are the most widespread dental implants used today. Due to the strong bond between titanium and bone tissue, no other material has come close to the impact of Dr. Brånemark’s discovery.

Dr. Brånemark’s method is still called the Brånemark System to this day, though it’s sold and manufactured by Nobel Biocare. Dentists like Dr. Terence Lau, who studied dental implants under Brånemark, uses this system at his practice today and gives lectures on dental implants across the United States.

Per-Ingvar Brånemark passed away in December of 2014 after a heart attack, but his legacy lives on after him. Though dentistry wasn’t his specialty, Per-Ingvar Brånemark recognized the importance of his accidental discovery. He devoted himself to the betterment of dentistry and persevered despite opposition. We have Dr. Brånemark to thank for the ease of dental implant procedures today.

Previous Post Anxiety, Depression, and Tooth Loss Next Post For How Long After My Dental Implant Procedure Should I Feel Pain?
Menu