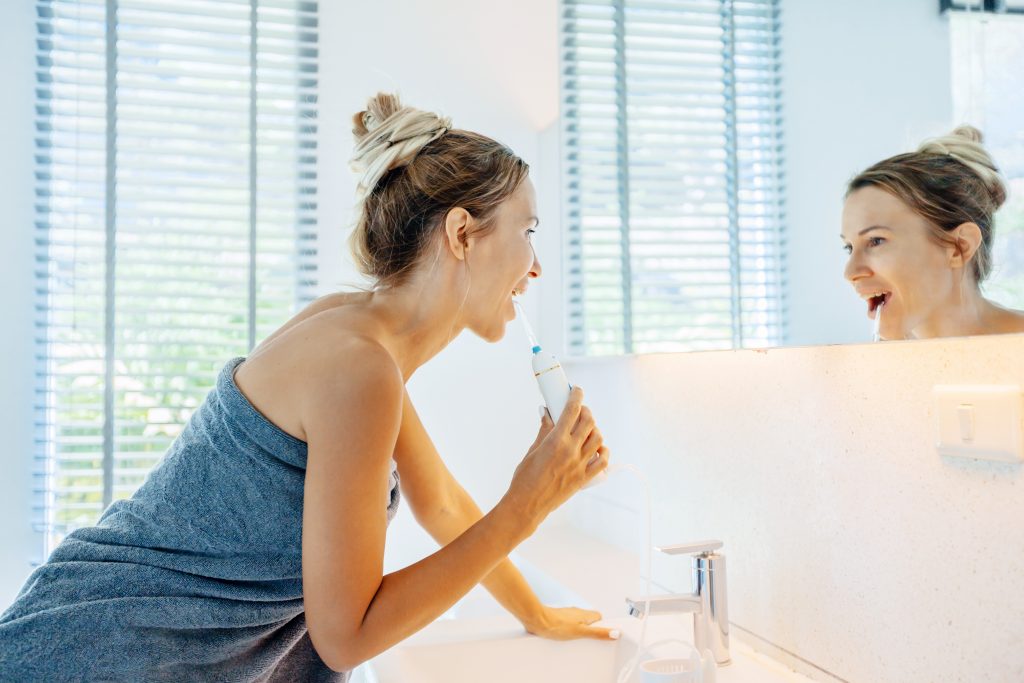 Water Flossers and Dental Implants: What You Should Know

Water flossers are “handheld devices that use a small motor to send pressurized water out of a tip” that’s placed near the gum line, removing “plaque buildup along the gum line and in between teeth.”

They’re used to remove dangerous bacteria from your mouth, and water flossers offer a number of oral health benefits, particularly for patients with dental implants and other types of dental work.

The History of Water Flossers 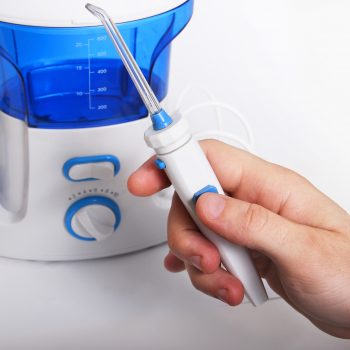 In 1962, the Aqua Tec Corporation was founded by Gerald Moyer, a dentist, and John Mattingly, an inventor and engineer. In 1967 Aqua Tec was bought out by Teledyne, a company that specializes in making semiconductors.

Now working for a subsidiary of Teledyne, Moyer and Mattingly developed pulsating water technology that was used to create two very successful products, the Waterpik water flosser and the Original Shower Massage showerhead.

Waterpik, Water Flossers, and Oral Irrigators Are All the Same Thing

Today, there are a number of water flossers on the market, and they’re also commonly referred to as oral irrigators.

In much the same way that people use the term Xerox to mean the act of making copies or the way people commonly say they want a Tylenol when they’re looking for a pain reliever that contains acetaminophen, Waterpik has become the generic name used to describe water flossers.

According to Google, the brand name Waterpik “has 4 times more searches than the actual market product name.” That means, “when people say ‘Waterpik,’” they’re generally referring to a “water flosser.”

Biofilm is an aggregation of bacteria, fungi, and protists that develop on living or nonliving surfaces. The bacterial biofilm that forms on a patient’s teeth is commonly referred to as plaque.

Removing plaque is crucial for maintaining your oral health and avoiding dental infections such as gum disease. For this reason, you’ll be provided with extensive written instructions on implant home care by your dentist.f

Patients with dental implants are susceptible to a condition known as peri-implantitis. This is a serious infection that “increases the risk for implant failure.” That’s why “the daily elimination of bacterial biofilm is a key strategy in treating” and preventing peri-implantitis. 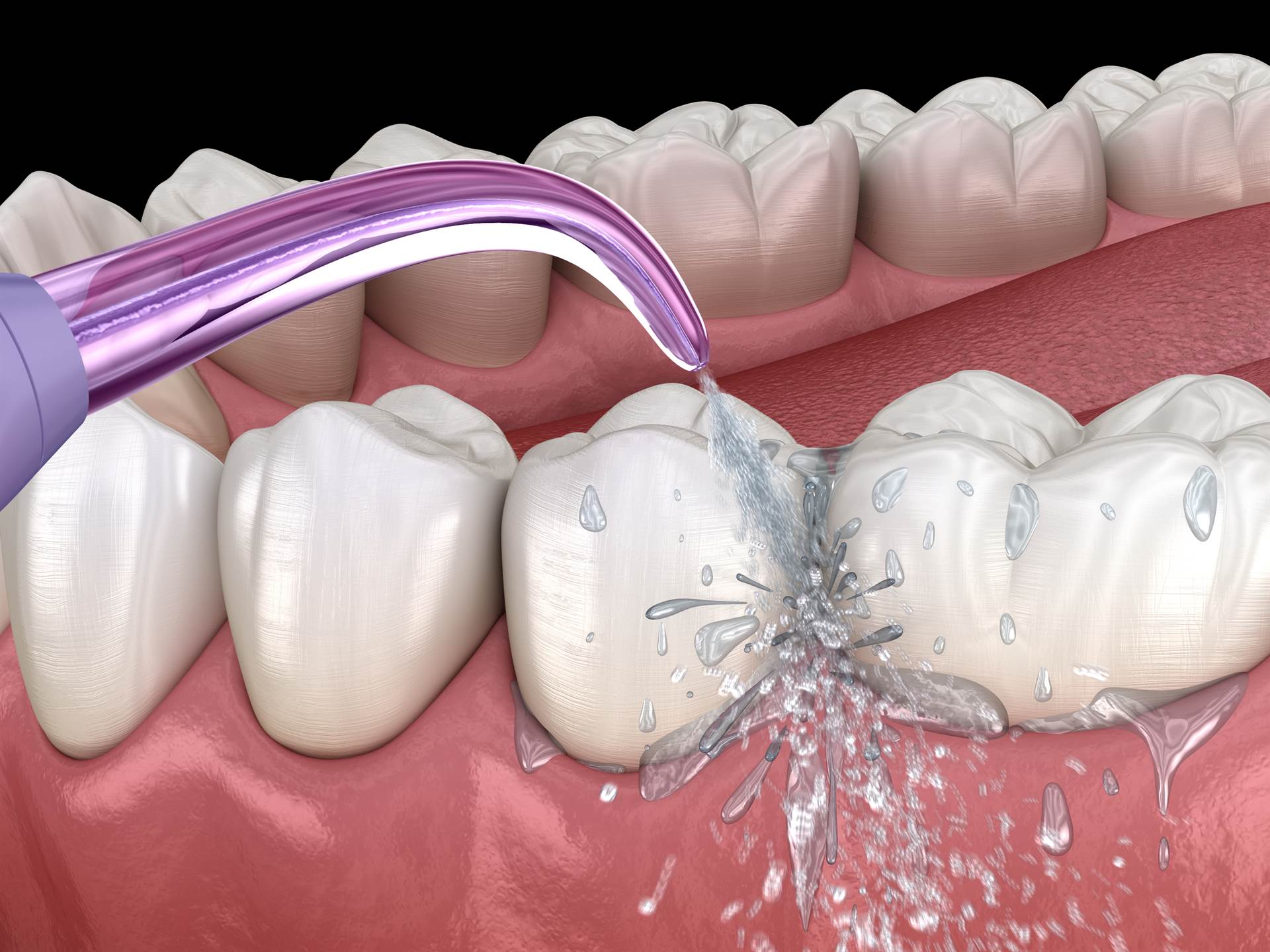 Daily brushing and flossing are essential for removing the biofilm and protecting the patient against dental infection. Dental floss is categorized as a type of interdental cleaner because it removes plaque and debris from the places in between your teeth where a toothbrush can’t reach.

For patients with dental implants and other types of dental work, water flossers are a gentle way to remove the biofilm on and between your teeth. However, if you’re thinking about using a water flosser as an alternative to flossing, it’s important to talk to your dentist first.

Many dentists recommend using a water flosser in conjunction with regular flossing. Jon Marashi, DDS, a cosmetic dentist who practices in Los Angeles, “stresses that water flossers should be a supplement to regular floss, not a replacement.”

There’s a considerable amount of evidence demonstrating the advantages of using water flossers to clean around your dental implants. In comparison to string floss, “water flossing has been shown to be significantly better for removing plaque and reducing bleeding.”

Water flossers provide a number of benefits that you won’t get from brushing and flossing alone. For example, a study conducted at the University of Southern California Center for Biofilms “found that a three-second water flossing application removed 99.9% of plaque biofilm.”

The Research Is Clear 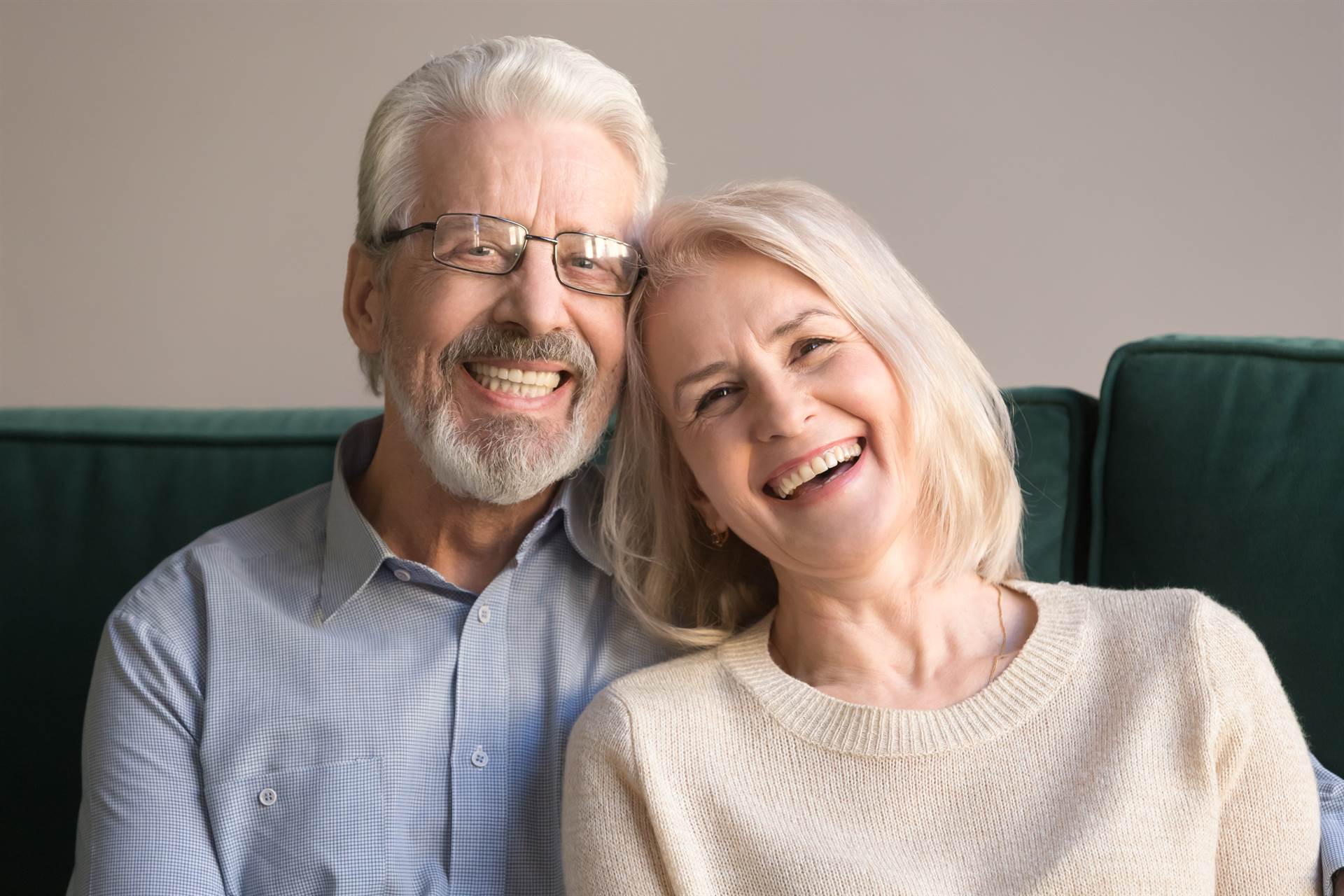 Water flossers have been around for fifty years, and they’ve been subjected to a great deal of scientific scrutiny. In fact, “the water flosser is supported by more than 60 clinical trials and five decades of use by the public.”

Because they’re so gentle and effective, water flossers are a sensible addition to your oral health regimen, and they’re “particularly useful for those who have braces, implants, crowns, or other dental work that makes traditional flossing difficult.”

Waterpik is commonly recommended by dental professionals due to its high name recognition and also because it has a documented record of success.

The Waterpik company “conducts high quality research that is published in peer-reviewed journals for public review.” Studies have “unequivocally showed” that the “Waterpik Water Flosser reduces inflammation on a cellular level” and “removes bacteria from deep periodontal pockets.”

Finding the Care That’s Right for You

The first step in restoring your smile with dental implants is finding the right dentist. You’ll want to locate someone like Dr. Bernard Ang, a talented implant dentist in Amherst Village, NH who, in addition to implants, offers a full array of dental services including convenient clear braces from Invisalign®.